Medication is supposed to make people feel better. When it harms them instead, they may understandably feel betrayed and want to hold the manufacturer accountable for their injuries. This is the situation some people are facing after using Zantac. Boston product liability attorney Michael O. Smith and the other attorneys at Mass Injury Group are experienced in representing clients who have been injured by defective products. Call us to discuss your case and see how we can help you.

Millions of people used the antacid Zantac, as both a prescription and over-the counter medication, for many years, believing it to be safe. In 2019, however, the United States Food and Drug Administration (FDA) learned that medications containing ranitidine, the active ingredient in Zantac , could contain a contaminant that may increase the risk of cancer. Due to this potentially dangerous drug’s long-running and widespread use, this issue could affect millions of people for years to come.

Valisure, an online pharmacy and analytical laboratory, filed a citizen petition with the FDA in September 2019, stating its testing had found a contaminant called N-Nitrosodimethylamine (NDMA) in all tested lots of ranitidine , in multiple forms and doses, and from multiple manufacturers. The FDA notified the public it was investigating this issue later that same month. At that time, the FDA indicated it had not found excessive levels in its own testing. In a November 2019 statement, the FDA asked manufacturers to continue performing their own testing for NDMA and to voluntarily recall ranitidine if either the manufacturer or FDA found NDMA levels above the acceptable amount. Some manufacturers, including the maker of brand-name Zantac, issued voluntary recalls over the following months while the FDA continued its investigation. After finding that the NDMA levels in the medication increased over time and with higher temperatures, the FDA issued a market withdrawal request to the manufacturers of all ranitidine products in April of 2020. The FDA also advised consumers taking over-the-counter ranitidine products to stop taking them and advised consumers taking prescription ranitidine products to speak with their health care provider about alternative treatments.

NDMA is considered a probable human carcinogen and may be linked to other health concerns. According to the Centers for Disease Control, NDMA has been associated with severe liver damage and internal bleeding. Animals exposed to NDMA have experienced lung cancer, liver cancer, and other liver damage. A recent study has identified a potential link between use of ranitidine and breast, testicular, thyroid, and kidney cancer. A great deal remains unknown about the potential long-term effects of excessive exposure to NDMA. Given how common the use of prescription and over-the-counter ranitidine was for so many years, millions of people could be at risk for potential serious health effects.

Consumers rely on drug manufacturers to ensure medications are adequately tested and correctly manufactured and distributed. We also rely on manufacturers to advise consumers on the proper use of the medication and any potential risks or side effects. The manufacturers of Zantac and its generic equivalents did not keep their consumers safe from the potentially harmful effects of the drug or warn them of the potential dangers. There are also a number of other parties involved in a drug actually reaching the consumer. In some cases, an experienced dangerous drug attorney may identify additional parties who could be potentially liable for the injuries of a person harmed by prescription or over-the-counter medication.

Individuals who have been injured by taking ranitidine may be entitled to compensation for those injuries. The damages available in a particular case will depend on the specific facts and circumstances of the case.

An injured person may be able to recover economic damages, such as medical expenses, lost wages, and other financial losses, and nonecomonic damages such as physical pain and suffering and emotional distress. In some cases, recovery for diminished earning capacity may also be available.

If you developed cancer or another serious health condition associated with NDMA after using Zantac or another medication containing ranitidine, you should consult with a skilled Boston Zantac cancer attorney. Attorney Michael O. Smith and his team of attorneys are dedicated to serving clients in the Boston area. Schedule a free consultation with Mass Injury Group by calling (617) 263-0060 or contacting us online. Your case will be handled on a contingency-fee basis, so you will only have to pay a fee if your case is successful. It is important to have an experienced lawyer on your side, fighting the drug manufacturers for the compensation you deserve. 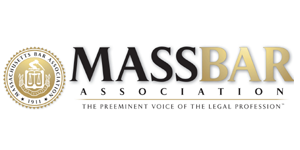 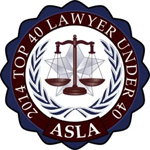 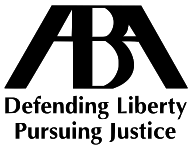 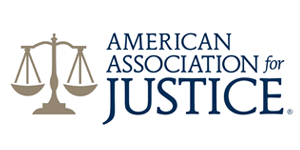 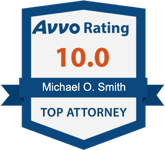 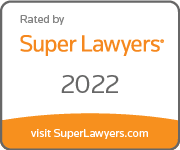 I got in an accident and Tyler took care of me. He was quick to respond when I had questions. He didn’t let the insurance company take vantage of me.Tyler got me what I deserved. I definitely recommend him.

Tyler Langlais esq., quickly litigated and settled my case. He was extremely professional, down to earth, and very smart. I would recommend Tyler and his team of law professionals to all family and friends of mine.

This Law office is great, Tyler A. Langlais was able to help me each step of the way after my car accident. Very responsive, professional, and outstanding support. Process was quick and simple, and same goes to the rest of the Attorneys. I strongly recommend it 🙂

Attorney Michael Smith was very accommodating. I hate traveling into the city dealing with traffic, so he met me locally. He negotiated a fair settlement and I’m satisfied with his counsel.

Call Email Text
COVID-19 Notice – We remain here for you and can answer any questions or concerns you may have. Learn More »